Hematopoietic stem and progenitor cells (HSPCs) are primarily found in the bone marrow, which is the main site of hematopoiesis in humans. The CD34 marker is most commonly associated with hematopoietic stem and progenitor cells where the multipotent CD34+ stem cells give rise to all the cell types in human blood. Normally, only a small percentage of HSPCs is found in circulating peripheral blood (PB). Being able to recruit or “mobilize” large numbers of these CD34+ cells to the peripheral blood from the bone marrow is advantageous because it is an easier, less invasive cell collection procedure from donors that is easily tolerated. As such, mobilized peripheral blood has become one of the most accessible and popular sources of CD34+ HSPCs for research and clinical use.

Treatment of donors with mobilizing agents such as cytokines and small molecules disrupt the retention of HSPCs in the bone marrow niche resulting in a rapid mobilization of these cells into the peripheral blood. The preferred mobilization method is dependent on donor characteristics as well as the intended use of the isolated stem cells since it is the most important factor in determining yields and phenotype.1 Either granulocyte colony stimulating factor (G-CSF), plerixafor, or a combination of the two compounds is used for mobilization, but the specific protocols can vary widely. Our team of experts breaks down each mobilization regimen below.

G-CSF Regimen (RegF). Granulocyte colony stimulating factor (G-CSF, Neupogen®) is a cytokine responsible for the proliferation of neutrophils and can directly modulate expression of proteases that degrade proteins anchoring stem cells to the marrow stroma. Protease-independent mechanisms include indirect regulation of CXCR4 expression on HSPCs, which also contributes to the release of stem cells into the circulation. Although the actual mechanism of G-CSF action is most likely a combination of several pathways, research implicates the CXCR4/SDF-1α pathway as a critical determinant of HSPC mobilization.3 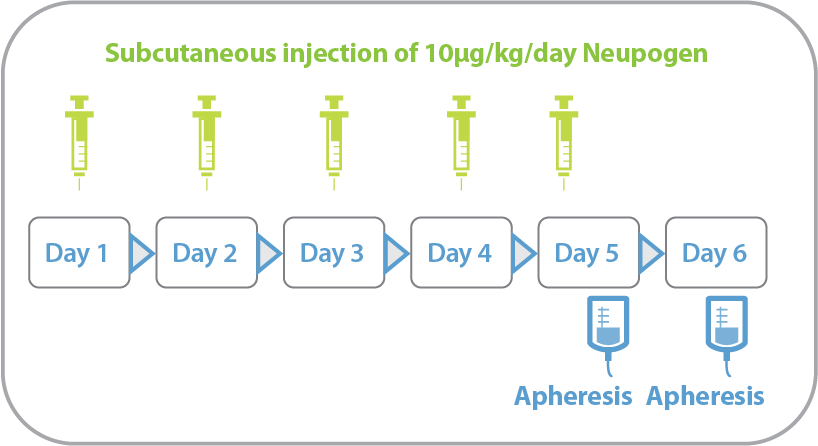 Mobilization of cells expressing the CD34 marker peaks in the peripheral blood around Day 4 of subcutaneous G-CSF injections of 10μg/kg/day. Thus, leukapheresis is initiated on Day 5 and 6 for a two-bag single donor collection. A target number of CD34+ cells to be collected is usually ⩾4 × 106/kg.2 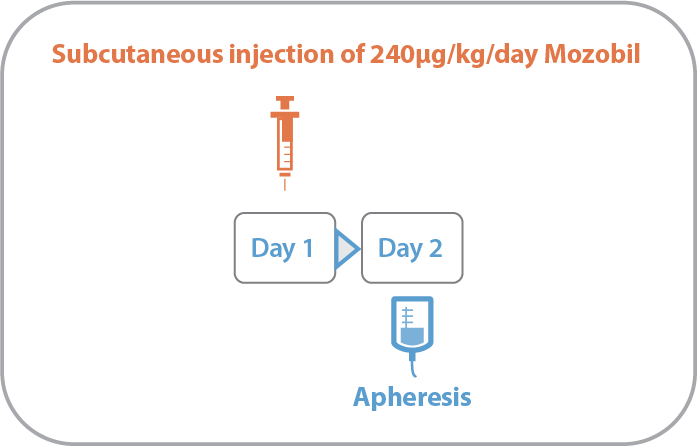 adhesion of CD34+ stem cells to the bone marrow stroma through interactions with the chemokine stromal-derived factor-1α (SDF-1α). Plerixafor, also known as Mozobil®, is a small molecule that reversibly inhibits binding of SDF-1α to CXCR4 receptor resulting in mobilization of CD34+ cells from the marrow into the circulation.

In comparison to G-CSF mobilization, the Mozobil® regimen requires only 1 injection of 240 μg/kg prior and apheresis is performed on the following day.

Neupogen® + Mozobil® Regimen (RegH). Mozobil® has been found to act as an adjuvant, boosting mobilization compared to G-CSF alone. The combination of Mozobil™ and G-CSF is well tolerated by donors resulting in rapid and synergistic mobilization of CD34+ cells as well as CD3+, CD4+ and CD8+ and CD56+ cells compared to G-CSF alone. This regimen not only mobilized more CD34+ cells per leukapheresis than Neupogen™ alone, but research indicates there is a significant increase in the percentage of primitive progenitor cells mobilized with a high repopulation capacity.3 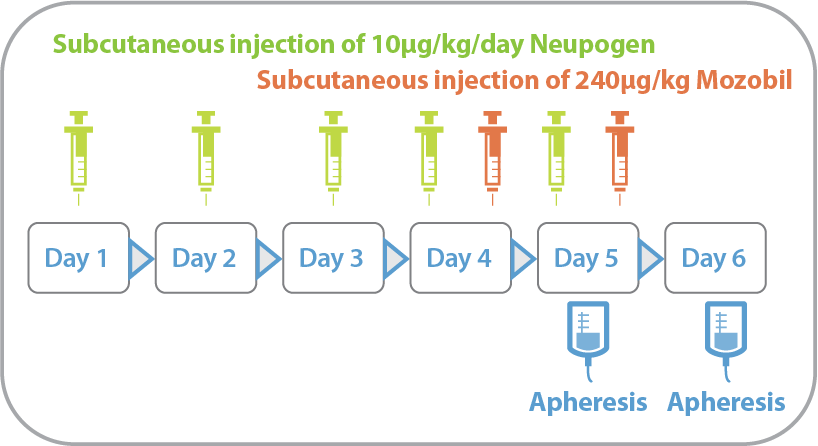 The data summarizing the average total nucleated cell count (TNC), average total CD34+ counts as well as the average percentage of CD34+ cells based on standardized ISHAGE protocol to quantify viable CD34+ for the three different mobilization regimens is shown below.

All three mobilization regimens result in a significant increase in CD34+ cells in peripheral blood compared to normal, unmobilized blood, only 0.01 to 0.05%.4 However, the efficacy of mobilization is different depending on the mobilization mechanics for each regimen and the one you choose will depend on your research or clinical needs.

As described above, for the RegF and RegH regimens, two apheresis collections are performed per donor based on standard protocols. This provides an opportunity to obtain a large quantity of cells from a single donor, which is advantageous, not only to maximize the yield of CD34+ cells for scalability and reproducibility of experiments, but to minimize time wasted due to experimental variability or failure. The data shown in Figures 2 and 3 shows the TNC and CD34+ yield comparisons as well as the % CD34+ cell content for RegF (Neupogen®) and RegH (Neupogen® and Mozobil®) regimens are not significantly different, thus ensuring the quality and quantity of the cells is not compromised on the second day of collection. 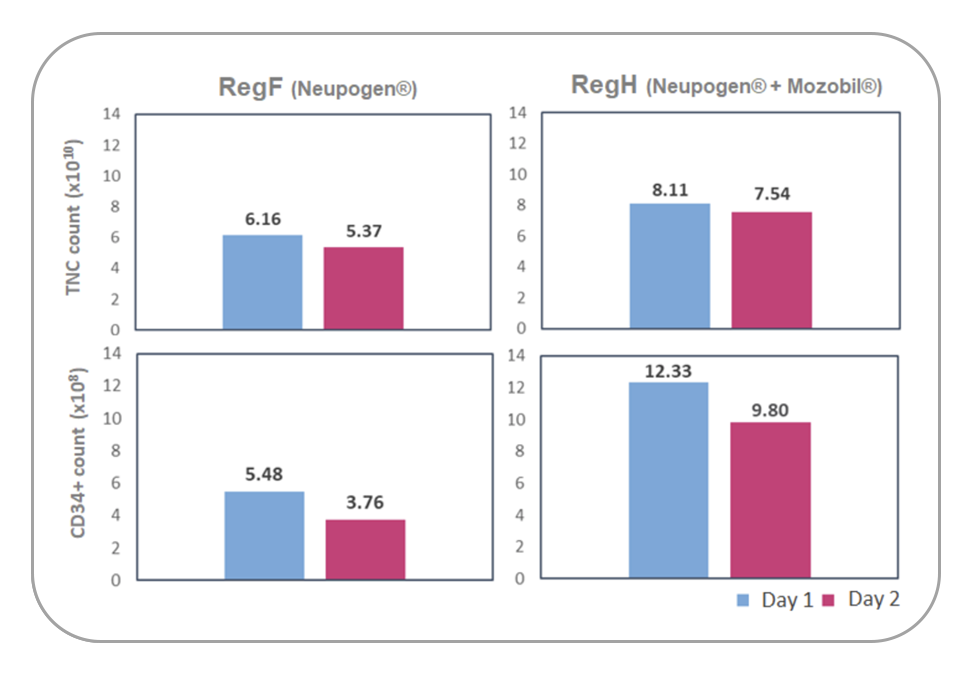 Figure 2. The average TNC (x1010 cells) and the CD34+ count (x108 cells) for Day 1 and 2 apheresis collections for RegF and RegH mobilization regimens are very comparable.

Figure 3. Comparison of Day 1 and 2 paired collections of CD34+ frequency (%) for RegF and RegH mobilization regimens.

The AllCells Advantage: Focus on Quality

AllCells offers both fresh and cryopreserved Mobilized Leukopak products, which are apheresis collections from healthy donors treated with different mobilization regimens, including G-CSF (Neupogen®), plerixafor (Mozobil®), or a combination G-CSF with plerixafor through IRB-approved protocols. Peripheral blood is collected from donors after mobilization using the Spectra Optia® Apheresis system at AllCells’ onsite, IRB-approved donor facilities. Mobilized Leukopaks can be shipped fresh to the customer or further processed to isolate CD34+ cells and cryopreserved onsite immediately after collection ensures the highest possible cell viability. All our products are quality-controlled for cell count and viability according to validated AO/PI protocol to ensure our customers receive cells of high viability and purity. For cryopreserved shipments, AllCells uses validated AeroSafe Global Packaging to minimize transient warming events impacting cell quality and performance.

AllCells has the shortest lead times in the industry, capable of delivering Mobilized Leukopak products to researchers exactly when they need them, in as little as 3 weeks.

Our streamlined processes from collection to delivery ensures the quality and consistency you have come to expect from AllCells’ cellular products. Whether you need cells for research to investigate stem cell physiology and mechanisms or for use in applied medical applications such as therapeutic development in cancer, immunology and other diseases, AllCells has you covered. AllCells – Quality Cells for Quality Science 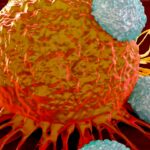 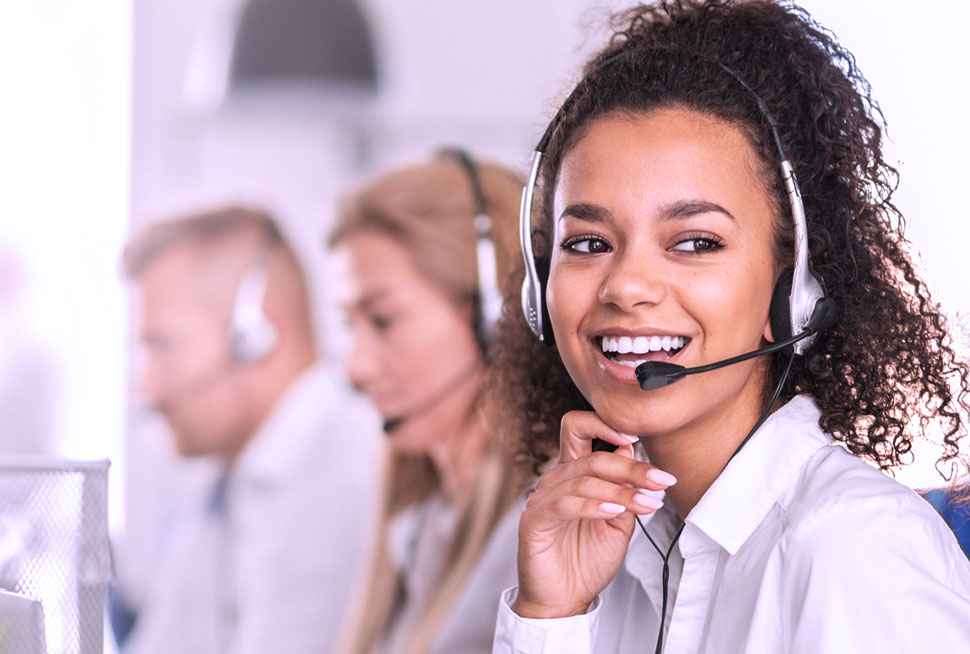